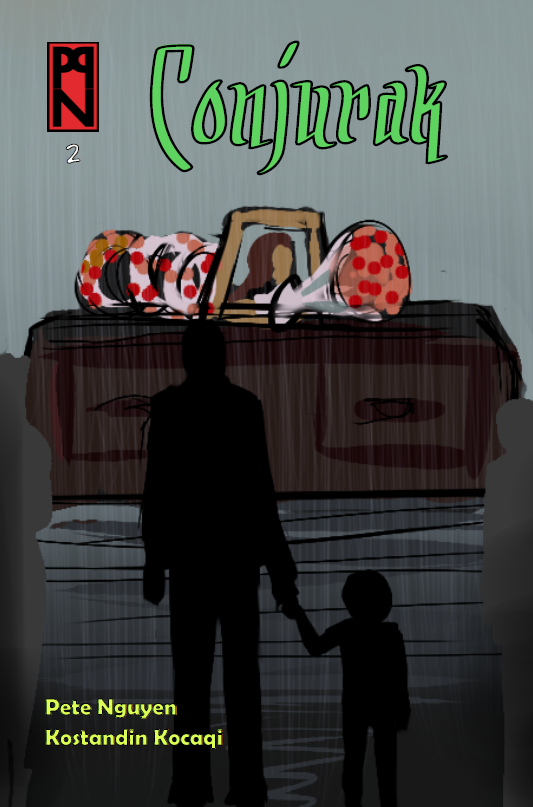 
Conjurak is a rom-com fantasy that follows failed writer, Trenton, as he makes friends when he is selected by a friendship bracelet called the “Conjurak.” Together with an orc, elf, and nature fairy as his new friends, they avoid Magnus, the previous Conjurak, from his devious plans.

As a failed writer, Trenton needs to go to a writing convention. Unfortunately, he has assassins after him and dead bodies in his house.